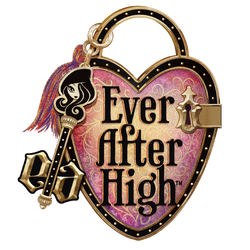 Among a growing and changing assortment of dolls and doll lines throughout the years since Ever After High's take-off, there is one line that stays around indefinitely. This line, recognizable by assortment numbers BBD41 and BBD51, is without a name, on account of it containing the "default" dolls and thus not needing a theme-defining designation. This 'Signature' series of dolls represents the characters as they commonly appear in fiction. The line is divided in Royal dolls (BBD51) and Rebel dolls (BBD41), which are released as pseudo-sets of one Royal and one Rebel, though multiple months might be between the associated dolls' releases.

The 'Signature' series started out with four dolls in mid-2013, containing the four core characters of the franchise. The first 2-pack followed a few months later, after which one to two dolls were released every few months for a year.

Unlike other doll lines, the 'Signature' series is bound by a rule in terms of what dolls are released. For each Royal, there is a Rebel made into a doll and vice versa. These two are released as sort of set. Usually, this means they are released at the same time, but that's not a requirement. They are, however, released in order within their respective sublines as far as single pack dolls are concerned. For instance, Cedar Wood was released in March 2014 and her counterpart Lizzie Hearts did not hit stores until July. In between, Dexter Charming was released as the belated Royal counterpart to C.A. Cupid, who preceded Cedar in the Rebel lineup, and the O'Hairs, who are each other's counterparts, were released in a 2-pack. Except for the first four dolls, counterparts share an event or a continuation between their diaries. The longest time between doll counterparts' releases currently is five months. Starting off 2015 were Duchess and Kitty, followed closely by Ginger Breadhouse. Afterwards a four-month gap between doll releases was formed and only then in Early May did Royals Faybelle Thorn and Bunny Blanc, accompanied by Rebel Darling Charming, get released. A few weeks prior to their release, Alistair Wonderland and Rosabella Beauty came out in similar times in Mid May. Later in Mid October, Rebel Melody Piper along with Royals Justine Dancer and Farrah Goodfairy hit stores concurrently.